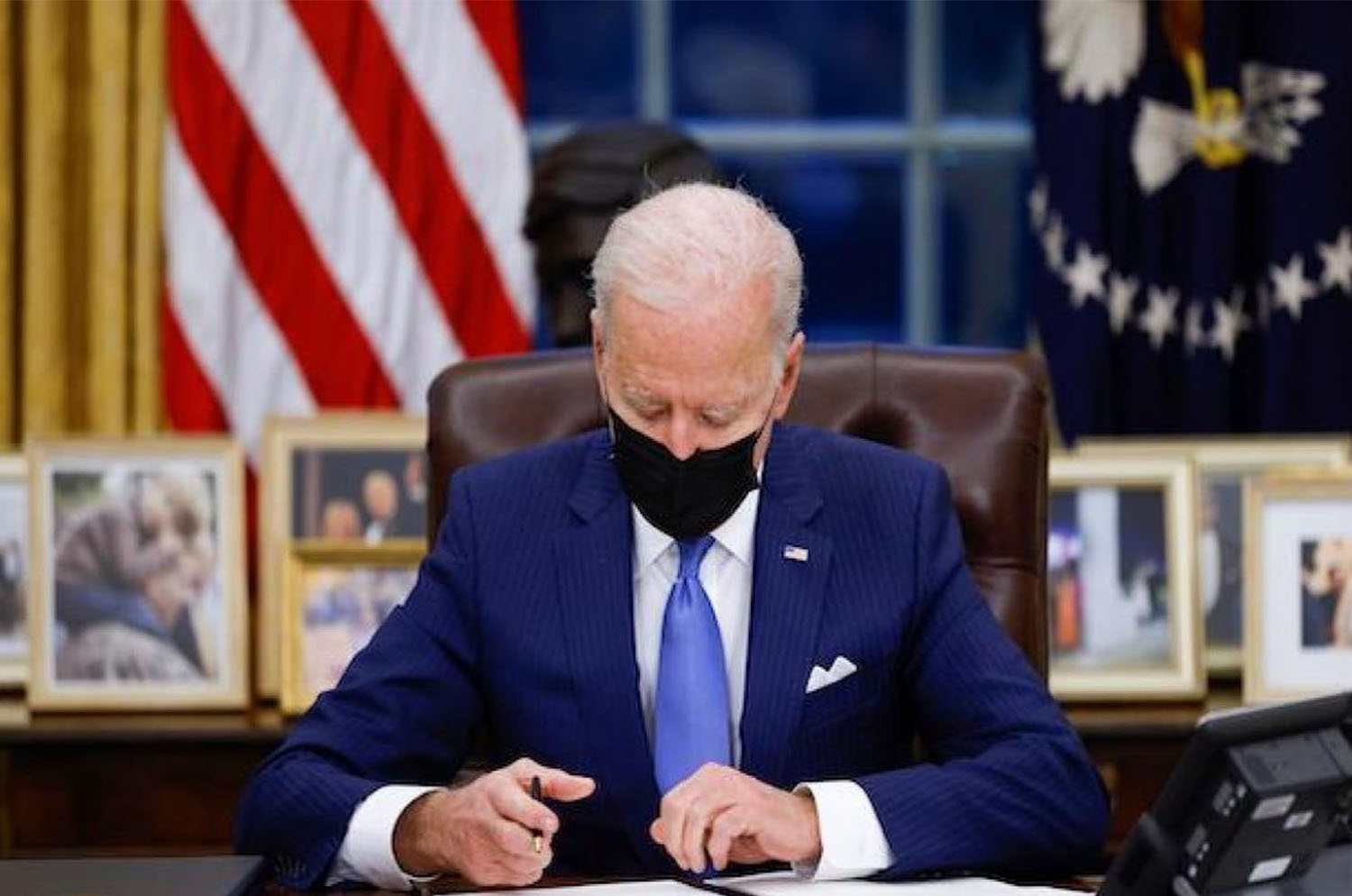 A D.C. federal judge on Friday again paused a suit over a Trump-era policy barring foreigners from securing new green cards abroad amid the pandemic, after President Joe Biden scrapped the rule in February.

In a short minute order, U.S. District Judge Amit P. Mehta stayed the case until May 17, asking the parties to file a joint status report to update the court on any additional policy changes by that day and to propose a schedule for further proceedings unless they plan to drop the case. The order came the same day that a prior stay of the case would have ended.

The group of American citizens and green card applicants behind the suit, which has been paused since August, filed the latest motion to stay on Thursday. They said the Biden administration had rescinded the rule and that the denied and delayed petitions at the heart of the suit are expected to be acted upon within the next 30 days.

Biden rescinded the April 2020 presidential proclamation, which suspended the entry of immigrants on the grounds that they would present a risk to the U.S. labor market during the economic recovery following the pandemic.

In reversing the Trump rule, Biden said it “does not advance the interests of the United States.”

“To the contrary, it harms the United States, including by preventing certain family members of United States citizens and lawful permanent residents from joining their families here,” he said, adding that it harms industries in the United States that utilize talent from around the world.

They said under federal immigration law, U.S. Citizenship and Immigration Services is authorized to approve family visa applications filed by a U.S. citizen and to issue an immigrant visa to allow the family to enter the U.S. and obtain lawful permanent resident status. A 14-year application process culminated in an October 2019 visa interview for the family, but since that time, the agency has refused to issue a decision on the plaintiffs’ visas. In their complaint, Nguyen and her family alleged the holdup was tied to the Trump-era policies.

In a motion to dismiss, the Trump administration said missing application materials and the coronavirus-fueled shutdown of overseas consulates were the likely culprits for delays in processing green card applications or outright petition denials, not a presidential proclamation barring foreigners from securing permanent residency abroad.

“No plaintiff alleges that a consular officer has denied the visa applications at issue based on the proclamation, and the delays in adjudicating refused visa applications predate the proclamation,” the government wrote. The U.S. Department of State, a named defendant, closed routine visa functions at its consulates and embassies last spring in response to the coronavirus pandemic, which caused petitions to be put on hold, it said.

“Given the shuttering of consulates, it’s unlikely that [petitioners’] applications would be processed, they would get interviews, be found eligible, and issued visas,” the government argued.

In July, the plaintiffs filed an amended complaint asking to dismiss several plaintiffs and defendant Donald J. Trump. The government later successfully filed a motion to stay the case until Jan. 2, saying both parties needed to confer on how to proceed given the new development of a visa refusal issued to plaintiff Anh Tuan Nguyen on July 24 by a State Department consular officer.

In January, the court granted a stay to the plaintiffs, anticipating that Biden might rescind the rules. That stay would have expired Friday.

Plaintiffs’ counsel James O. Hacking of Hacking Law Practice LLC did not respond to requests for comment Friday. The U.S. Department of Justice also did not reply to inquiries.